How to Give a Performance Review to a Difficult Employee 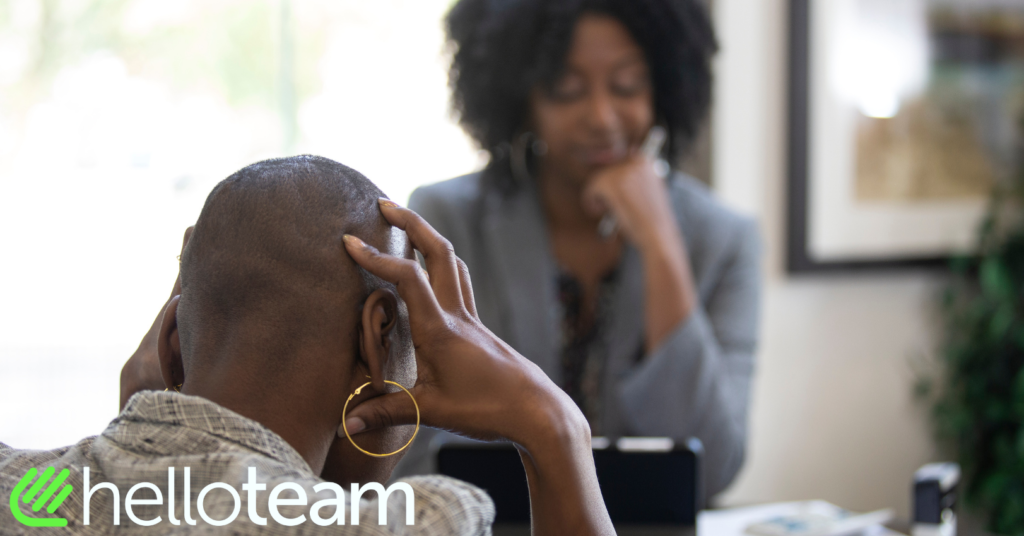 Do I dread performance review season, or do I dread some of the people I’m reviewing?

That’s the question HR leaders and managers all over the world ask themselves when it’s time to evaluate their staff’s recent output. Even the folks with the most compassion for their employees will run into one that makes a day on the job a little tougher, whether due to aggression, laziness or sheer incompetence.

Some team members, of course, will be quite receptive to a negative performance review when you frame it well. Others – and you may know who – won’t be receptive at all. You might have 20 performance reviews ahead of you before the end of the year with one particular person’s review giving you more stress than the other 19 combined. We’re here to offer as much help with that one as we can!

There are plenty of different types of problematic workers, and you may feel that yours is a totally unique case (hopefully, it’s not too unique). Here are tips for the four most common causes of painful performance reviewing.

Sometimes an ineffective performance review can be just as frustrating as an emotional one. Let’s say a worker’s been underperforming, and when you bring them in for their review, you lay out what needs improving, but you can tell it’s just not… clicking. They nod and agree, but they’re either totally lost or just not interested in listening.

No matter what cadence you’re doing them in, the performance review is the single most critical time for an evaluation and adjustment of someone’s work output. You can’t let it slip by without meaningful changes being made.

If you can tell the person’s simply struggling to follow what you’re saying, then be sure to make every effort to lay it out for them, black and white, with measurable data. Hopefully they at least have a grasp of what they’re doing at their job; if they’re missing out on some basics of their position, you might want to invest in a Learning Management System. After all, they got the job and they’ve stuck with it, which means a lack of knowledge of their responsibilities is more likely to be a communicative shortcoming than a mental one.

On the other hand, if you feel like the person you’re reviewing isn’t paying attention or is flatout ignoring you, you have the right to get a little tougher on them. Tell them there will be consequences if X problem isn’t fixed, or if X number of sales isn’t reached. You’re taking this process seriously and they should be too.

Most people’s biggest fear is a worker that retaliates against a negative review with anger and yelling. It’s not the most common, but if and when you encounter it, it can intimidate you and completely throw you off your rhythm.

Rule Number One: don’t return their anger. If you get mad at them and fight back, no progress will be made and they’re justified in being angry and even filing a report. Stay calm, stand your ground, tell them to take a deep breath, and ensure your point gets across in spite of their frustration. Remind them that you’re not trying to attack them, you’re here to help and offer advice.

Sometimes there’s just no avenue for progress to be made in a review like that, and that’s okay – don’t be afraid to reschedule it. Once they’ve had a night or two to process, they’ll likely come back without that impulsive edge in them.

One reaction that may catch you off-guard is the person becoming self-defeating in response to bad feedback, or even crying. Now, if you’re giving this person garden-variety negative feedback, it’s probably not worth crying over. They might be reacting that way because of outside influences unrelated to their job, or they might be betting on it easing the criticism they’re receiving.

Either way, stay focused. Keep the meeting productive while delivering the message in a kinder and more empathetic way, and just like if they were angry, make sure they know you’re trying to help first and foremost. A review like this could be reschedule-worthy, but if it’s not, give them time to breathe and calm down and then move to a gentler conversation about how to move forward and improve.

Here’s the one that’s probably most common – the employee whose shortcomings are never their fault. It’s always a coworker sabotaging their deals, or an outside circumstance messing with their progress, or a manager holding them back with bad advice. As always, don’t start a debate with them over how valid their claims are – arguments never lead down the right path in a performance review.

No matter how right or wrong they are in their accusations, the best move is to say something along the lines of, “I’ll talk to them about it in their review, but for now, this is your review.” Hone in on the things they can improve upon independently, and for anything that does involve a coworker or unexpected variable, offer advice on how they can handle it differently going forward.

Every case of blame-shifting is different, of course. Some accusations are completely baseless, while some can actually provide some insight into how the workplace really runs when you aren’t looking. Keep a discerning mind, but either way, remind yourself that this person’s performance review should be about them first and foremost.