Home / Articles  /  Why You Should Make Culture Development a Priority

Why You Should Make Culture Development a Priority 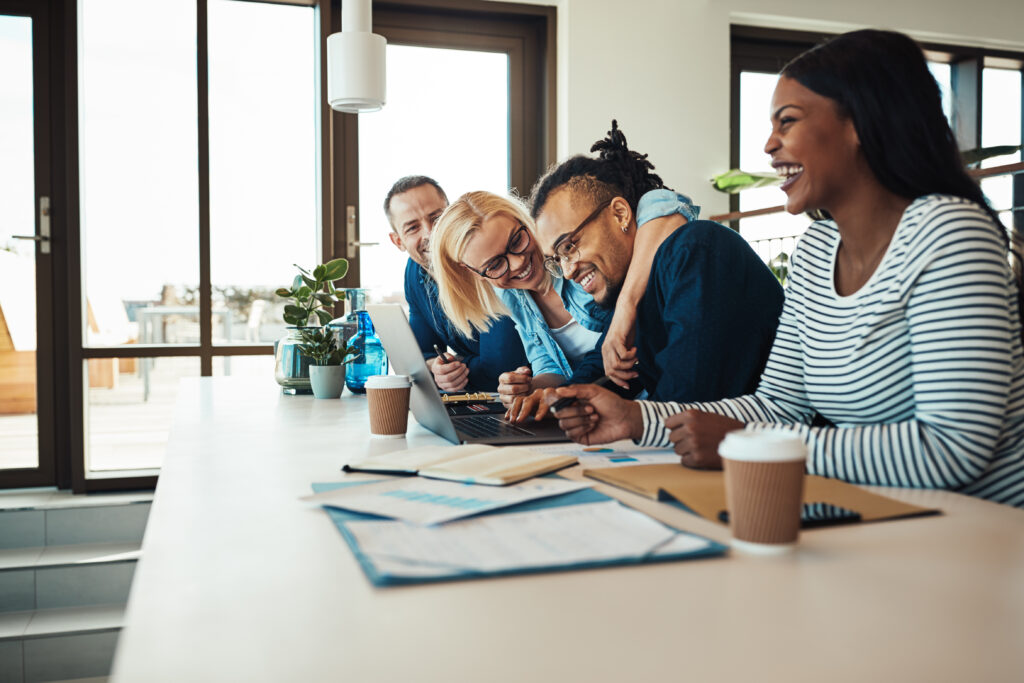 Organizations often get lost focusing on the metrics. Between sales numbers, profit margin, lead generation, and customer loyalty rates, those in charge of measuring a company’s success often don’t look past graphs and data. While those kinds of statistics are certainly necessary, they usually lead to an executive team overlooking one of the most vital keys to a company’s success: its culture.

A great culture can be the backbone of an organization just as easily as a poor culture can be its ruin. Developing a healthy work culture won’t distract from important metrics, as leaders often worry, but will directly improve them in the long run.

While the presence of culture itself isn’t very quantifiable, the effects it has on a company are. We’ve talked a lot about how to boost culture and engagement, but now it’s time to talk about why. Let’s take a look at some of the reasons a great work culture is vital – and what you’ll be missing out on without one.

Did you know that a poor company culture can have a negative impact on employee retention? Well… you probably did. It’s natural that an unpleasant atmosphere can lead folks to seek new employment elsewhere; you’ve probably done the same at some point. That said, just how significant is that risk?

Columbia University found that turnover rates at companies with a great company culture averaged only 13.9%, while rates alongside poor company culture was an average of 48.4%. That’s more than a 300% difference, and given the high cost of recruitment and hiring, could tank a business’ overhead.

Similarly, a study from the American Institute of Stress found that when stress heavily impacts a workplace, turnover rates can jump 50%. Company culture is more than the way you treat your team members, it also grows from the way their responsibilities themselves treat them.

It’s no coincidence that health care expenditures from high-stress companies can be 48% higher than at the average organization. As many of us have learned in yoga class, stress hits your mind and body. Don’t overwork your team – the productivity lost from their absence will be far worse than that from a slow week.

Speaking of productivity, a good culture goes hand-in-hand with a productive workforce rather than butting heads with it. Not everyone believes that, which is why we’ve got the statistics to back it up. Let’s start somewhere a little unorthodox: happiness.

Happiness, one of the least tangible aspects of human existence, can lead to very tangible outcomes when it comes to business success. The University of Warwick discovered that happy employees were 22% more productive than unhappy employees, which doesn’t even factor in resulting turnover. These unhappy employees cost American businesses about $300 billion a year.

Companies whose employees identified as happy outperformed their competitors by an average of about 20%, which is massive in most industries. Need to solve the problem of unhappiness in your workplace? Well, happy employees have been found to be better problem solvers as well.

While employee happiness can help your company soar to new heights, a great culture can still boost productivity even if your team is filled with Debbie Downers. Building a culture of communication will instantly help progress and teamwork as folks work together with colleagues within and outside their departments.

Creating that culture doesn’t mean adopting a new messaging software, it means developing an environment where employees are encouraged to get to know one another and share information naturally. Build a homogenized workforce that helps each other out, for the sake of productivity and employee retention.

The disconnect between the need for engagement and the rate of engagement in the average workforce is enormous. Companies in the top quartile for employee engagement are 21% more profitable, and according to Bain & Company, highly engaged employees are 125% more productive than employees that are merely satisfied.

The problem? Only 36% of workers are engaged.

There are plenty of specific employee engagement strategies HR can adopt, but transforming your workplace’s culture is one of the most thorough ones. In fact, companies with winning organizational cultures have 72% higher employee engagement ratings than those without.

Engaging your team members through initiatives like recognition programs and social community platforms will construct that winning culture, and building a winning culture will engage your employees much more strongly. You can’t have one without the other, and you can’t have business success without both.

We know how much a great culture can help the members of your organization… but what about the ways it affects people outside it? You don’t even have to work for some companies to know a lot about their culture and what they stand for, especially with the media highlighting some of the organizations that have been struggling most throughout The Great Resignation.

The best cultures are easily identifiable from the point of view of the consumer. The consumer, in this case, isn’t just someone that spends their money on the product, but also represents your incoming talent.

Thanks to real word of mouth and business review sites like Glassdoor, a company’s internal reputation has never been more accessible. Once again, it’s quantifiable – highly engaged companies see about twice the job applications on average. When people take pride in talking about how much they love working for their organization, it’s not because of a few office amenities or a new payroll system, it’s because they’re part of an excellent culture.

Receiving a higher number of job applications is a huge step in the direction of becoming a talent destination. You have the liberty of choosing not only more technically skilled workers, but people who will fit your culture and the “way you do things” around the workplace. Creating a healthy culture attracts applicants that will help you expand that culture.

Ultimately, when developing a work culture, your goal is to fill your team with passion and motivation for their tasks so they want to complete them for the sake of the business as much as the paycheck. You’ll get there by making them happy, encouraging them to communicate and ensuring they’re engaged.

Now, how do you engage and retain your employees? We have a lot on the subject in our library, but we’ll begin by directing you here and here. While you’re there, take a look at our e-book on Mastering the Employee Experience, or our 10 HR Strategies For the Retention Crisis! To take a tour of HelloTeam, the employee retention platform, click here — and to set up a meeting with us, go here!