Home / Articles  /  Did You Know? High Fives are Proven to Improve Culture and Performance

Did You Know? High Fives are Proven to Improve Culture and Performance 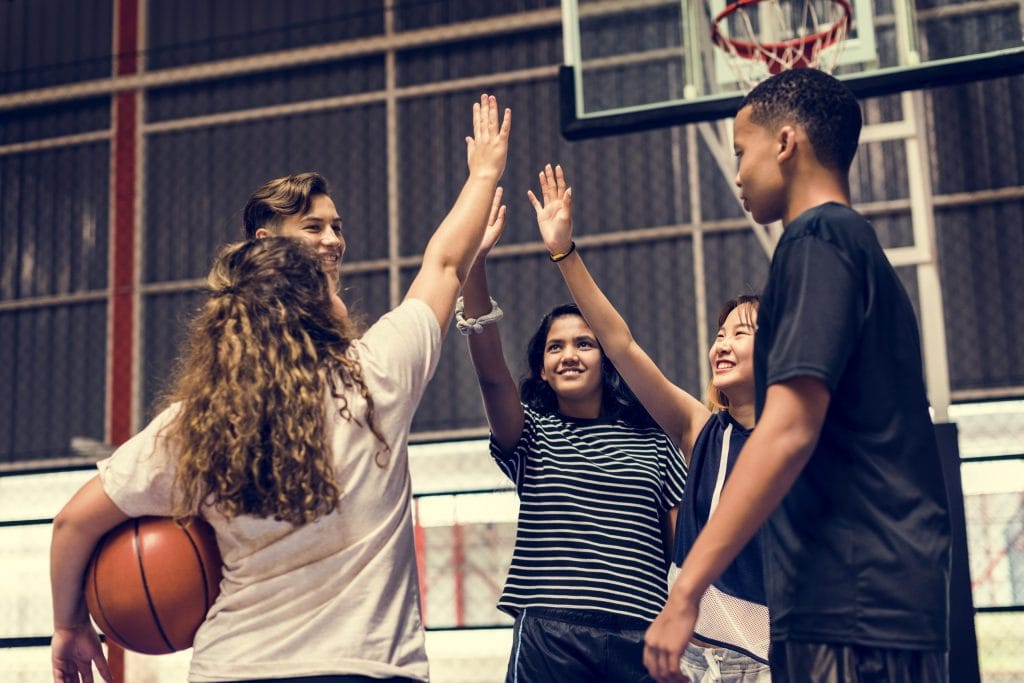 Some would say sports maxims are overused in the world of management, whether repeated in the real office or the fictional one. Quotes like Mark Spitz’s, “If you fail to prepare, you prepare to fail,” are nice and all, but they can be too abstract to tie in to the work you’re doing.

That’s why, in 2014, experts at the University of California-Berkeley decided to find quantitative evidence behind similar claims by studying a season of NBA basketball. The hypothesis they were testing was this: teams who high-five and fist bump more during games may be more successful.

We all accept the idea that congratulating teammates is an effectively motivational tactic, so shouldn’t that theory extend to high-fives? After an in-depth analysis of basketball players, UC Berkeley found that the answer was YES.

The teams celebrated with high fives more often scored more efficiently and won more games than the average teams. On the other side of the aisle, the teams with the worst body language ended up losing the most games.

And before the more scientifically-minded cry out, “That’s correlation and not causation!”, I’ll mention that the study was heavily weighted to the beginning of the season so that discouraged teams wouldn’t drag down the results with melancholic behavior. It would be no surprise if a championship-bound team high fived more — but the trends had been apparent since the first game of the season. It appears that the high five is truly a motivator that can bring about positive outcomes.

Now, while it’s true that your workplace is pretty different from a basketball court, you and your coworkers are a lot like a real team.

Your company is a group of hard-working people united to achieve a common goal — a goal that often includes beating out some competition. Each season brings “wins” and “losses”, even if they’re not marked down by record keepers.

No one can do the job of their workplace by themselves, which is why teamwork is crucial no matter what industry you’re in or what responsibilities you have. Whether collaborating on a group project or focusing on your own tasks, you’re part of the team.

We can look at UC Berkeley’s study and apply it directly to our work environments. Just as basketball teams that high five and fist bump found more success, so will a company that does the same. It sounds a little crazy, but hey, I’m not going to question science.

So, if you’re a manager or HR officer, try promoting a culture that embraces congratulatory gestures and peer recognition; your team will become more engaged and success will soon follow. If you’re a member of the team, be sure to acknowledge (or even try high fiving) your colleagues when they go above and beyond or come up with a great idea. They might find it funny at first, but trust the data and you’ll get results.

Of course, the main idea is promoting recognition and encouragement. If you’re part of a remote workforce, messaging your coworkers with comments like, “Fantastic job closing that sale!” can have the same effect.

Encouragement between colleagues is absolutely key to a business’ success. Create a workplace that embraces high fives, whether they’re given physically or virtually. Once you develop a culture of appreciation that makes recognition fun and meaningful, you’ll quickly notice the ways it increases both morale and profit.