Home / Articles  /  Why Working From Home has Resulted in Higher Productivity

Why Working From Home has Resulted in Higher Productivity 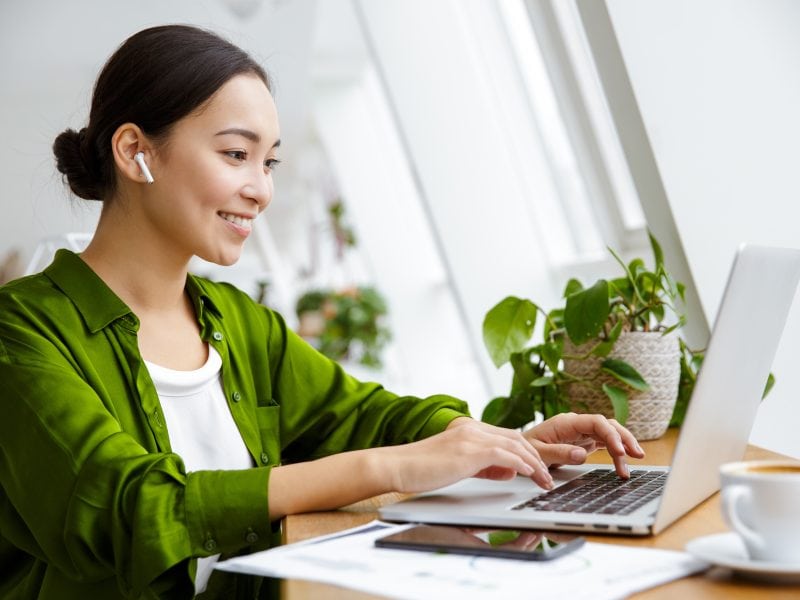 As America makes its way out of the COVID-19 pandemic, countless companies are transitioning back into working in person at the office. However, certain sectors are finding that working from home might be their best course of action going forward.

One could do the case-by-case analysis of whether it’s cost effective to maintain a lease on an office building, but there’s more to the choice than saving money. Most workplaces have reported an increase in productivity and efficiency since their staff began spending their weekdays in their own personal offices.

Shortly before the pandemic, Stanford University conducted a 9-month study of 16,000 workers, half of whom worked from home, and concluded that those who worked remotely were an average of 13% more productive. In addition, those workers reported higher job satisfaction, and attrition rates in general were cut.

These numbers may seem surprising for those who hold the traditional belief that bringing employees back into the office is the only way to engender teamwork and productivity. Working on-site is indeed necessary for certain sectors such as manufacturing, but for many industries, remote work is proving to get the job done. There are certainly numerous small things one can attribute this phenomenon to, but two main factors are the driving forces behind this change of culture.

The Importance of Breaks

The implementation of the traditional hour/half hour break has been law since the mid-20th century; it’s been a long time since America has gotten to see how different strategies can change the way they work. Once the pandemic forced millions of Americans to work from home, “break time” became whatever employees wanted to make of it.

When their staff works remotely, some supervisors fear that a typical half hour break could secretly become two hours long. One long break isn’t what helps efficiency, though – several short ones do.

A study by Kim, Park and Niu (2017) found that “micro-breaks” can be very helpful in increasing productivity and morale among a workforce. It’s well-documented that a healthy break rejuvenates your energy and lets you look at your work from a new mindset after returning.

This principle can be extended to micro-breaks. They don’t take up too much time, but the simple act of doing something else for a few minutes can restore you from stress and fatigue.

That said, micro-breaks can be difficult in an office setting. There isn’t much you can do at your desk other than work, especially when your responsibilities are sitting right in front of you. Your home, on the other hand, is the perfect environment for micro-breaks.

The simple act of leaving your room for a moment to do something like grab a snack can be all someone needs to regain momentum for a project. Forbes’ Dr. Bryan Robinson recommends meditative practices such as closing your eyes and focusing on the sounds around you. Additionally, these breaks aren’t scheduled or monitored, so someone will take them at the times they need them most rather than at designated moments.

Ultimately, most workers want to succeed to the best of their abilities, and they’ll find the best ways to maximize their own productivity. For many, short breaks at home are the perfect solution.

Studies on remote work from 10-15 years ago actually found varying results on whether working from home was better, with some concluding that it’s less productive. These results became dated rather quickly. Remote work could have been less productive during the pandemic as well… if we were still using technology from 2007.

In 2021, you can have closer contact with your staff over the internet using collaboration software than the strategy of visiting them at their desks. Over a decade ago, correspondence relied solely on email threads, but the advancement of smart devices and communal applications has advanced remote work a thousand-fold.

The anxiety of not knowing what your employees are up to when they’re at home is erased by the ability to message them, group them up in a conversation, or hold a video meeting. The biggest such change between the beginning of 2020 and now has been the explosion of intuitive video chat applications.

Outside of video chat, messaging platforms such as Slack and Microsoft Teams are growing more expansive and dynamic by the year. Messaging your team no longer has to be a back-and-forth; online, it can always be an interactive roundtable.

Between the advancements in remote management platforms and productivity boosts stemming from taking breaks on your own time, working from home has proven to be a model that businesses can commit to. We’ll have to see who catches on, and who stays in the past.

For more information on keeping your employees engaged and active at home, check out our E-Book on building a remote team!