Four Fun Ways to Recognize Your Team for Their Hard Work 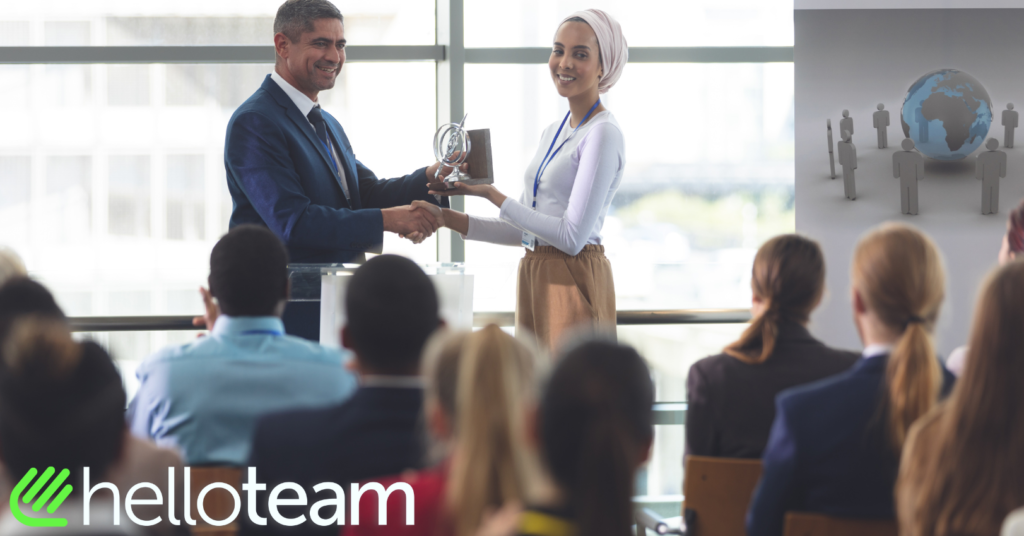 How have you been trying to battle turnover in your workplace? Have you tried initiatives like extra benefits/amenities, more flexible schedules, or more generous bonuses? Those are all great places to start, but believe it or not, they’re not the main source of frustration for many employees.

The #1 reason most people leave their jobs is due to a lack of recognition in the workplace.

When you think about human nature and motivation, it makes a lot of sense. There are three reasons someone may want to come into work: because of the paycheck, because they like their job and the cause, and because they feel pride in their accomplishments.

Consistently appreciating and rewarding your team for their hard work can instantly make them enjoy their job and feel more pride in their productivity. Without those two, they’re just showing up at work for the paycheck, which is how quiet quitting begins to manifest and employee retention drops.

When you do show that appreciation, the difference is staggering – per QuantumWorkplace, employees that are consistently recognized for their accomplishments are 2.7x as likely to be highly engaged. Highly engaged employees work hard and produce great results. They quit less often, they go the extra mile, and they’ll make all your efforts worth it.

Commit to recognizing your team. Here are four ways to do it!

Remember the superlatives that kids used get in high school yearbooks? They were tons of fun, and the more obscure the award was, the more entertaining it would be. You can bring that to the office with specialized badges!

You and/or you team can create badges to be given out on a quarterly basis to some of your standout employees. Start by thinking of a few that go to the most quantitatively productive, like the Most Sales award, so everyone has something important to strive for. (For that reason, it’s a good idea to include a monetary or physical reward for that one.)

After those, add some quirkier ones – Coolest Desk, Most Punctual, Most Hydrated, anything that will get people to laugh and learn a bit more about each other. It’s not all about awards for hard work, the point is recognition – bringing the team together and getting them connected is the first step to developing a strong culture of employee engagement.

If you have a hybrid or remote workforce, virtual high fives could be the foundation your culture is built on. The quick high fives, congrats and head nods you get around your physical workplace are more important than you think; remote workers feel their absence.

That’s why we need to recreate those moments of recognition online! You could do that through messages such as, “Great job on that project!”, and similar comments, or you could ACTUALLY give virtual high fives. We’ve heard of some platforms that specialize in recognition like that – you might want to take a look…

Employee of the Month

This is a classic that’s often left behind by corporate organizations nowadays, especially as success becomes a bit more qualitative over quantitative. We still think it deserves a second look.

Now, we will admit – the Employee of the Month award isn’t for every culture. It works best for a workplace that measures success quantitatively and is ready for a healthy dose of competition. Competition can be a great motivating force behind success, and when a monthly prize hangs in the balance, that fighting spirit can bring out the best in a lot of employees.

If it feels right, introduce an Employee of the Month award to your team and watch them get to work.

This one’s our favorite, as it brings everything we’ve been talking about together. An incentive program is a system that allows employees to gather and redeem points for hard work and achievements, with a rewards pool that they can spend points on.

Even when they mean well, sometimes a company’s prizes for awards aren’t satisfactory to most of the staff. This puts the power in their own hands, as they can pick from dozens of prizes and even vote on which ones are included in the first place. You can get creative with what kinds of rewards are included, whether it’s gift cards, technology, or even an office party.

How does the team earn these prizes? However you want! There can be objectives for individuals, like most client wins or cases closed, or groups/teams, like the completion of a large project. They can also gather points that accrue over time through tasks. Motivate your team with a custom goal and award them with a custom prize.

Rewards programs are proven winners when it comes to beating turnover – studies have shown that incentive programs boost productivity by 25-44% while simultaneously solidifying employee engagement and retention. Putting incentives ahead of your team keeps them focused and ready to commit to the company’s strategic plan.