Home / Articles  /  Are You Quiet Firing Your Employees?

Are You Quiet Firing Your Employees? 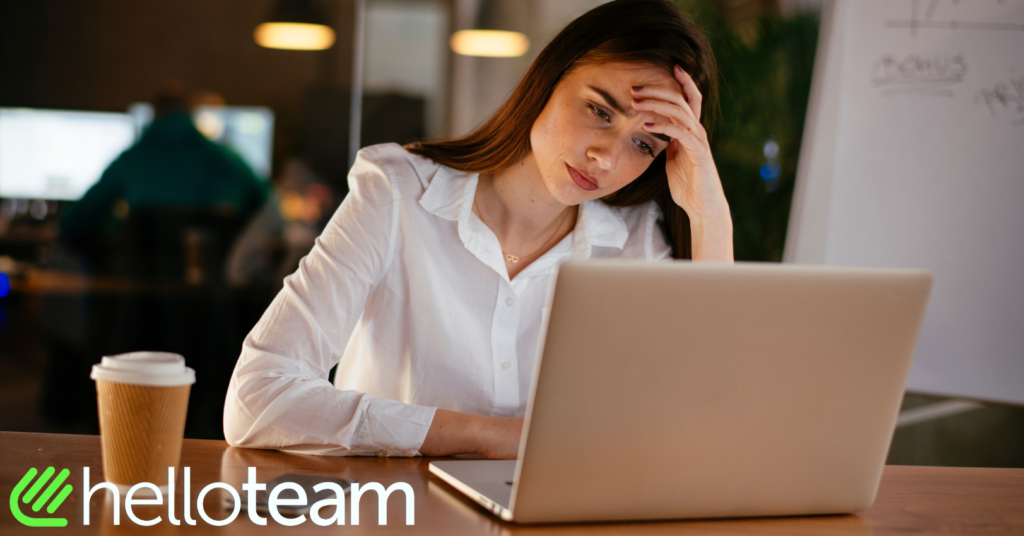 You’ve probably heard of quiet quitting, the phenomenon where employees put in very little effort at their positions instead of leaving altogether. Since learning about it, you may have also noticed a couple examples of it in your own workplace.

Now, are these team members quiet quitting… or are they being “quiet fired”?

There are two sides to every coin, and the “tails” side of quiet quitting is quiet firing. Quiet firing is the act of a manager witnessing an employee either struggling at their job or disliking their environment, and doing nothing to help in hopes that they’ll leave on their own.

Typically, a manager quiet fires someone because they don’t want that person on the team anymore for one reason or another. However, sometimes it can be totally accidental – absent managers can end up being guilty of this with employees they actually value. When productive workers start walking out the door because they feel invisible, that’s the sign a business really needs to take action.

Let’s look at some ways leaders can beat both of these trends at the same time:

When they’re just not a great worker

A big reason managers quiet fire employees is because they’re the weakest link on the team. They deliver the worst numbers, they’re uncommunicative, or they keep missing deadlines… or all three.

It can be tempting to simply grit your teeth and hope they realize this isn’t the right position for them. It can also be tempting to fire them outright, citing their poor performance. What SHOULD be tempting is trying to reach out and help.

As hybrid and remote positions have become more common, bosses that coach their staff and focus on their development have become less common. A lack of coaching and updated education directly leads to more turnover and slower productivity.

Learning management systems are the answer. These are programs that bring your team prepackaged or custom lessons that teach them more about their field and ways to excel at their positions. They can not only lift your underperforming employees out of a slump, but prevent any employee from underperforming in the future.

Pair a learning management system with a sprinkle of follow-up coaching during one-on-ones and you’ll never quiet fire an employee ever again.

When they’re unhappy with their job

When a team member brings a bad attitude to work and stops putting in effort, quiet firing and quiet quitting happen simultaneously. If you’ve encountered someone that’s quiet quitting plainly enough for you to notice, you might have felt like it was a lost cause to try to help. That’s exactly the mistake that’s led to quiet firing becoming a trend.

If you see someone becoming disenfranchised with their position, a leader should find out why as soon as possible. To investigate more casually, you might ask some questions about how they’re feeling during a one-on-one with them, possibly with reference to “what you’ve seen” from them recently.

For the leaders who are more serious about it – and who want to prevent these attitudes in the future – try a stay interview!

Stay interviews are a proven tactic that organizations use to gauge why their employees come to work every day. They are informal conversations between a manager and employee designed to gather valuable feedback about their role and the parts of your company that they like or dislike. Additionally, these interviews can give some insight on what might make a great employee move on from their role, and are effective exercises to establish trust between managers and their teams.

If an employee is quiet quitting, don’t quiet fire them, but quiet hire them; sit them down for an interview and figure out what’s working and what isn’t. You’ll be able to make adjustments to suit their needs, and they’ll likely appreciate the effort you put in to hear them out. Plus, the displeasures they voice might be reflective of the team’s feelings overall, and they may be the only worker that’s been vocal about them.

At its base, the key to avoiding the curse of quiet firing is engagement. Having important conversations with your team, sending out surveys, giving constant, specific feedback, and keeping them educated and updated are all ways to ensure they don’t disconnect from your company culture. Make your team happy, and they’ll make you happy.