Home / Articles  /  What Shouldn’t I Say in a Performance Review? Avoiding Biases

What Shouldn’t I Say in a Performance Review? Avoiding Biases 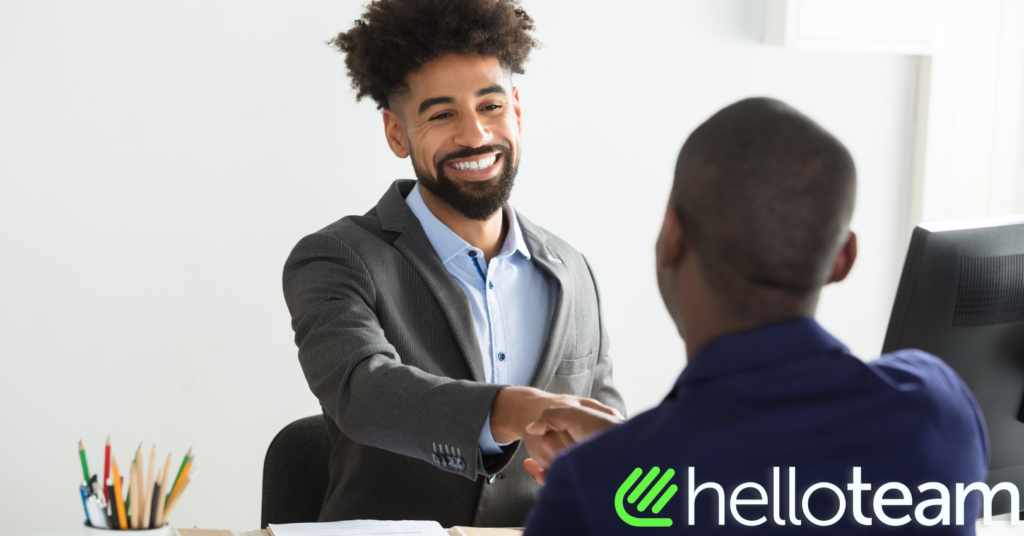 Human biases are not only a habit, but a necessity. We use them to rapidly assess environments, and we often find these quick assumptions to be accurate. However, biases aren’t welcome everywhere – especially not during an employee’s performance review process.

We’re not only referring to times when a manager plays favorites with someone, but to all instances where there are predispositions a manager allows to affect the way he or she evaluates their staff. Biases like recency bias and confirmation bias can be just as intrusive without being conspicuous on the outside.

Performance reviews will become skewed in all sorts of directions if you let your subjective impressions get in the way of objective observations. If your workforce is leaving their meetings with an inaccurate impression of how they’re doing at their job, whether positive or negative, the whole office will lose sight of their personal priorities.

As hard as it is to admit, even in 2022, biases are also likely to appear in regard to an employee’s gender, race, or sexuality. A work culture that has problems with social inequalities can’t move forward without identifying and fixing such issues.

Here are some ways to keep your eyes out for biases during performance reviews and squash them before they arise.

This is really our thesis statement – the most objective way to evaluate your team is by using performance metrics. If their work is based around something measurable like subscriptions sold or clients acquired, focus on their numbers as stacked up against the average or against the goals that were set.

Whatever your company uses as their most quantifiable metric to gauge successes over the past timespan, use it as the focal point of your meeting. There’s no room for biases when the only aspects of your discussion center around facts.

You can also take this time to align your team with organizational goals, making sure they’re not only reaching their position’s expectations but are also aware of the expectations that exist for them as a contributor to the company. Don’t make the review as much about the person, but about their work – this way the evaluations can stay objective and efficient.

Finish off by setting some specific goals for the future that are also based on data, whether a 25% increase in production or an added project. You won’t have to worry about your personal opinions slipping in when you keep it quantitative instead of qualitative.

A little extra effort can go a long way. The most prevalent bias that isn’t based on personal relationships is recency bias: placing a higher value on actions done more recently. This could be because you’ve forgotten about older accomplishments, or just because you feel like the last couple weeks are the most important to address.

Taking a holistic view of someone’s development over a large span of time is the most accurate way to evaluate them, even if it doesn’t seem like it in the moment. Try taking some notes during one-on-one meetings and log any particular achievements or issues; even if you have a great memory, referring to a written list is extremely helpful.

Once the end of the year comes around, you’ll have a comprehensive log of aspects of their performance. Sounds perfect for a performance review, no?

Not only will recency bias be removed, but you’ll have a lot of objective information to put towards the meeting. Even if your employees don’t enjoy what they hear, they’ll respect the amount you remember. It demonstrates that you’ve been paying attention during their one-on-ones, and that objectivity is important for building trust.

It can’t be repeated enough: diversity, equity and inclusion (DEI) are crucial to creating a healthy workplace culture. Whether you realize it or not, subtle stereotypes can creep into even the most socially conscious company’s evaluations to create biased reviews.

For instance, a Stanford University research team conducted in-depth studies at three American companies to investigate differences between the ways performance reviews are managed between male and female staff members. The biases were quite interesting – men’s reviews focused more on their technical skills, while women’s prioritized their communication skills. Generally speaking, the subject of men’s meetings was usually their production, while women’s was usually their personality.

Racial bias can get even worse. Similar studies have found troubling statistics, such as one corporation’s tendency to be eight times less likely to commend people of color on their leadership skills and 1.5x more likely to bring up their faults.

While less research has been done on LGBTQ+ bias in reviews, there’s no doubt that they face the same struggle. So, how can you fix it?

You can do your best to intentionally dodge any stereotyping thoughts, but a more consistent way to shed this kind of bias is to stick to a structure that focuses on facts. As we said before, thoroughly using examples of great and poor work keeps you accurate – but having a structure in and of itself works as well. When you have a front-to-back plan of what you’ll discuss, you won’t get off track, and the review doesn’t have a chance to get subjective.

Guard against implicit biases whenever you can and practice good DEI in your workplace.

4. Getting feedback from all angles with 360° Reviews

Another way to ensure you’re evaluating a team member objectively and accurately is by listening to what others have to say about them. The “360° Review” is a review method that lets you get a 360 degree perspective of someone’s year by receiving feedback from those who work around the person, letting you learn more about a given employee’s accomplishments (and mistakes) that you wouldn’t have otherwise known about.

A true 360 Review will include perspectives from every angle, including other supervisors, project leaders and peers. If your company isn’t big enough to require multiple supervisors and leaders, feedback from any coworker is still invaluable to your assessment. Make sure to keep a discerning eye out for bias coming from their feedback itself and remind them you’re seeking objective comments rather than subjective ones.

That said, feel free to ask about positive intangibles – perhaps this person is one of the most encouraging and morale boosting members on the team, or displays leadership qualities during stressful scenarios. As long as there’s evidence, comments like that are great to include in a review. Just try not to reveal who gave you what feedback, especially if it’s negative.

You’ll come out of the performance review process knowing far more about the employee’s year than you would have from simply recalling memories and checking records. With more objective facts to discuss, you’ll treat both yourself and the worker fairly without any room for bias.

As effective as actionable strategies to avoid bias can be, they aren’t an automatic fix. You can source outside feedback, log progress, and keep evaluations focused on numbers, but the most important step among all of them is for you to calibrate yourself as you move forward. Calibration, in this context, is the act of making deliberate and informed decisions, concentrating on what the best action to take is without letting personal inclinations get in the way.

It’s very difficult to avoid bias without intentionally removing it, so my best advice is to do just that: eliminate it from your reviews. The above tactics are great means to the end, but it’s up to you to take the final step. Once you become practiced at being objective, you’ll even become adept at spotting bias around you and your workplace, which opens the opportunity to further improve your company culture.

If you aren’t a supervisor (or you’re one of many) look out for examples of bias among your peers as well. Not everything is worth addressing, but if you see examples of prejudice that are particularly malicious, you still have the power to stand up and say something. You can’t have a culture that supports Diversity, Equity and Inclusion by being passive. Erase bias from both your performance reviews and from your workplace.

There was a case of two encyclopedias...
SEARCH RELATED CONTENT
bias dei feedback helloteam management one on one performance review